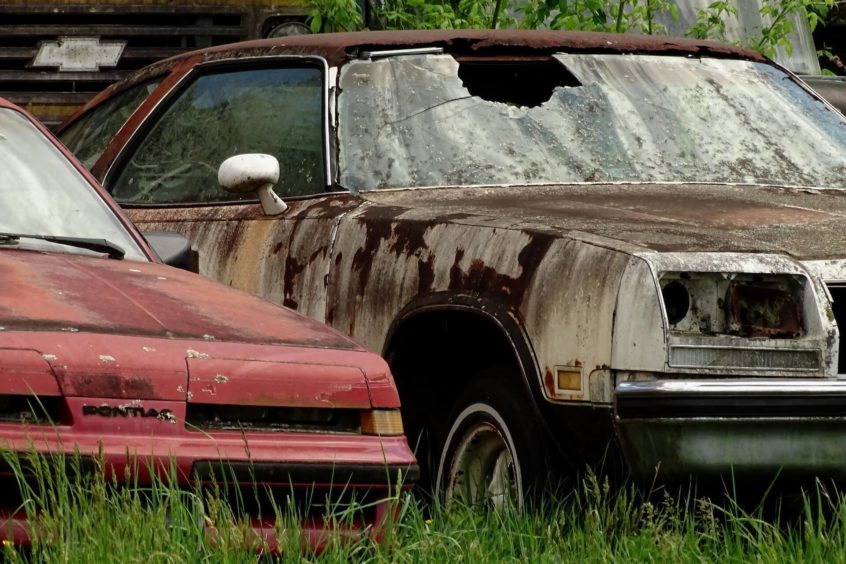 When buying a used car there is always some risk involved. Used car scams are the most popular scams in the market. Some scammers do it with fake Craigslist car ads and try to swindle some money from you. Others, crafty sellers who fix cars in certain ways to disguise costly problems and sell them as good vehicles.

Get as much information about the car as you can, before you pay. The vehicle’s history report is the closest you can get to guarantee when buying a used car. Just need a VIN and you can check any car on sites like carVertical. It can protect you from many costly problems in the future.

One of the most popular scams is fake Craigslist car ads. Usually, fake ads use photos and text copied from real ads. There is no car, and nothing is sold there. It’s just an attempt to swindle some money from unaware.

In most cases, the same fake ad is spread out through several cities. It’s not a very sophisticated method to scam and its success depends on reaching a wide audience. When you call or write to such scammers, they will try to make you pay in advance. They will push you and use every psychological manipulation existing to make you send over some money. They will tell you that the car is very popular, but they can reserve it for you. Or they will tell you that they can make a substantial discount for you. Anything. Just please, send some advance payment.

So, there is one lesson here. Don’t pay in advance. Also, there are some methods to recognize a fake. First, if there is no phone number, don’t bother. Second, copy a photo of the car and do a reverse image search on Google. You’ll find out if the same photo is used in other ads. Also, you can google the ad text and see if a similar text is used in other ads.

In Craigslist car scams list, this ranks very high. There are many methods of how dishonest mechanics hide car problems. From covering rust with paint to washing the engine to hide oil leaks. If the car is older than five years, it becomes worth it to polish some parts to make them look good. While in reality, those parts need to be changed.

If you don’t know what to look for, you can get a drowned car and never suspect it. Or a car that was in a major accident and now just looks nice on the exterior.

It’s always a good idea to check the car thoroughly. Look for rust, different paint on different body parts, new windows, or suspiciously clean engine. Even if you are mechanically savvy, it’s better to get a car to a mechanic shop and check it there. Professionals have a keen eye for scammer tricks.

Always beware when a seller doesn’t have a maintenance history or opposes the idea to get a car to a mechanic.

If you feel that a seller is pushy and tries to make a deal as quickly as possible, it’s a potentially used car scam. Scammers invent all kinds of stories. The most popular one is that the seller is in the military, out of the country and needs money right now. Another one is a sob story of how the seller lost a job and needs money to pay the rent. Also, they can say that there are many potential buyers and create a sense of urgency in you.

Proceed with caution if the seller starts to tell emotional stories. When a real private seller has few potential buyers, they will say it. They won’t talk about the discount. Only scammers use all means possible, to sell something. They try to make you emotional, because easier to cheat an emotional person.

A test drive is a time when you feel the car. Only during a test drive, you can understand if you would like to drive it daily. Also, a test drive can reveal many costly problems. Some problems can be felt or heard only at a higher speed. Like, if there are some problems with chassis, unusual vibrations will be felt only at a higher speed. A test drive is not a long process. Ten minutes is plenty. But before buying, you must test a vehicle at a different speed.

If a seller has some issues with a test drive or tries to convince you to do a test drive around just around the block, it’s a red flag.

Part of Money Up Front

It’s a popular method to say that the car has many potential buyers and that’s why the price is a higher one. But if a buyer will make an advanced payment before seeing the car. The seller will make a solid discount. If a seller begins to spin such tales, be very careful, it’s a big chance they try to cheat you.

Another red flag is when a private seller begins to talk about part payments. Especially if they suggest that. Every private seller wants all the money right now. Why would they suggest some scheme with parts payments? Most probably there is no car at all, and they are just trying to swindle some money from you.

How to Recognize a Craigslist Car Scam

Get More Information About the Car

Only real information can help you to get the deal you want. Check vehicle’s history report on sites like carVertical, before you part with a big money.